Vipassana: How 10 Days of Silence Re-wired My Mind

The ubiquitous Vipassana 10 day silent retreat is one of those things marked firmly on the to-do list of spiritual aspirants everywhere. It’s impossible to travel in Asia without bumping into someone who’s done one or is about to do one or who apparently wants to do one one day. Indeed I first heard about it while travelling in India myself and there was always an attraction to proving myself in the challenge and striking another big tick on the ‘stuff to do’ list. It was easy to be ignorant of the seriousness of the task as it sat there nestled alongside things like Angkor Wat, scuba diving and goan fish curry.

It was years before I actually got round to doing it though and by this time my motivation had changed. Having meditated for a number of years and caught glimpses of the benefits and bliss it sometimes bestowed, I was keen to explore it in more depth; and having struggled with depression for what seemed like a lifetime I was curious to see if taking my meditation practice deeper could help.

The gong rang. After wondering just where the hell I was for a second, for the first time it really hit me smack in the face that I had signed up for meditation boot camp. Now normally I’m a fan of gongs, and indeed most ethnic percussion out there for that matter, but it was 4 am. 4 am. I, like most normal people, do not function at 4 am (unless of course it’s a case of staying up until 4 am which is another matter entirely).

With the shock of being woken up at such a tortuous hour the first couple of days were spent trying to figure out the most efficient method for maximising every possible opportunity to steal bonus sleep time. Hence meal times were swiftly followed by a mass retreat of men to their beds, desperately trying to get some precious shut-eye. I quickly and smugly realised I could save valuable minutes by brushing my teeth just prior to the final meditation session, enabling me to hastily hop under the duvet within literal seconds of hearing those most auspicious, craved for words, heard at the end of each day: ‘take rest’. My room mate was effortlessly good at this, for – despite, or perhaps because of being a banker – he seemed to have absolutely no problems falling to sleep at all, whenever was required. In fact he could fall asleep at the drop of the hat and would then proceed to rub it in my face by snoring loudly, further impeding my desperate effort to enter the magical land of nod, which I’ve never been very good at anyway.

‘Noble silence’ was to be strictly observed. Not only did this mean no talking, it meant no communication at all – no eye contact, sign language, semaphore, telepathy or other non verbal communication. For 10 days. It was as though we were encouraged to be as rude as possible as we all fought the natural urge to thank someone for opening a door, or to usher someone pass. This led to comical near collisions at meal times as hungry men tried to avoid stampeding over each other while not looking each other in the eye to ascertain exactly who was going where in the rush to fill our plates with food as quickly as possible.

With the rigours of lengthy meditation, and the lack of decent sleep it wasn’t long before the retreat centre resembled the set of a prison movie, complete with a legion cast of grumpy, dishevelled, mute, stoned zombies. You half expected to happen across a grim discovery at any moment. Of course the reality was that beneath the surface we were a group of men with a common purpose – a desire to challenge ourselves, to evolve, to transcend the self-defeating habitual thought processes of our minds and to somehow live better lives. What we were engaged with behind the silence was nothing less than a deep sea dive into our unconscious minds, stirring those darkened sun deprived waters, touching the motivations, fears, hopes and insecurities that influence our thoughts and behaviour yet remain obscured from view. We were striving for an experience or just a taste of something transcendent that maybe, just maybe we might be able to bottle and take home. We were engaged with a process which to a majority of people, like much of ‘spirituality’ – whatever that is – just seems weird.

There was nothing weird about the Vipassana technique. In fact it is wonderfully practical and secular in nature. In a nutshell it involves observing sensations in the body, plain and simple. No visualisations, no mantras, no deities, no reaction to your experience. Just observe what ever occurs in the body and remain equanimous. Sounds easy, hey? There is a process to this which evolves over the duration of the course in order to perceive more and more subtle sensations. Of course the (ahem, er, male) mind being what it is meant this was never a dull task, and as we plumbed the depths of our psyches the volume and content of material that assaulted my inner eyes was extraordinary.

Due to the strict segregation of men and women, the fairer sex were conspicuous by their absence. In fact apart from meditation sittings when you could see them in at their end of the hall, it wasn’t long before they had seemingly turned in to some sort of rare species of wildlife, a kind of ‘lesser-spotted female’ which could be seen roaming the female walking field at certain times of the day before disappearing again, sort of like the sheep in the neighbouring field, only taller and quieter.

Meditating with millions of other people in the same room is not as serene as you might think. Especially with it being the winter, sniffles abounded and the atmosphere was frequently punctuated with coughs, sneezes, groans, burps, the occasional fart, and the noise of either rumbling or digesting bellies. Of course each time a cough rang out like a clap of thunder and you wanted to drop kick the person responsible in the head, it was a further reminder, as if one was needed, of just how far off liberation us amateur monks and nuns were.

With the male and female assistant teachers sat at the front of the hall overseeing the whole thing I felt a bit like being a kid on a car journey with my parents. When things started to get really painful and the mind felt like it was about to lose the plot completely I just wanted to scream ‘MUMMY! DADDY! ARE WE NEARLY THERE YET?!!!’ and throw a tantrum on the back seat. Of course we were never ‘nearly there’. As a general rule, once the pain in your legs or back or neck or foot or arse was completely agonisingly and torturously unbearable that usually meant there were 15 entire eternity-filled minutes to endure.

To be sure, there were beautifully peaceful and transcendent moments too, as you might expect if you’re familiar with mainstream perceptions of meditation. But this expectation is to miss an important feature of the Vipassana technique; that one must remain equanimous to the quality of the subjective experience and merely observe it. This is a crucial aspect of ‘the dhamma’, as it touches on what is deemed to be the central cause of suffering which the technique is supposed to be an antidote to. That is, we suffer because we want things to be different to how they actually are. We either crave for something pleasant which we don’t have or we feel aversion for something unpleasant which we do have.

The Vipassana technique involves moving your attention around the body to experience whatever sensations are present. When you settle down to do this the alarming thing you notice is that there is a whole world of things going on. I had no idea I could have so many itches I desperately wanted to scratch, and if you scratched one itch, it would pop up instantaneously somewhere else and yell ‘Haha, missed me!!’. Of course the whole point is that you don’t scratch them at all, you merely observe with equanimity but sometimes you would just scratch one automatically before you even realised you’d done it, a small illustration of the grip that our unconscious mind can have on our actions. The Vipassana technique is said to re-programme the unconscious mind through sustaining equanimity and gradually training it not to respond to such sensations. Reprogramming at this fundamental level in turn benefits us when we interact with others and experience the ups and downs inherent in everyday life. By providing us with more choice in how we respond in any given situation, the automatic craving or aversion is bypassed.

You’d be forgiven for thinking that 10 full days is a ridiculous amount of time to meditate, and initially it seems that way. But you do get in to it and the pain does subside to a degree, or at least you learn how to work with it better. But the verdict from almost everyone I’ve spoken to is that it is a profoundly worthwhile thing to do. I’m not alone in experiencing an increase in creativity, and a sense of lightness and ‘being at ease’. However it is alarming to be confronted with the reality of just how much crap is being spewed forth by your monkey mind at every moment of the day, and makes you realise one possible reason why Buddhism requires the existence of so many reincarnated lives – because if to gain full liberation requires taming that wild beast then it ain’t gonna happen any time soon. 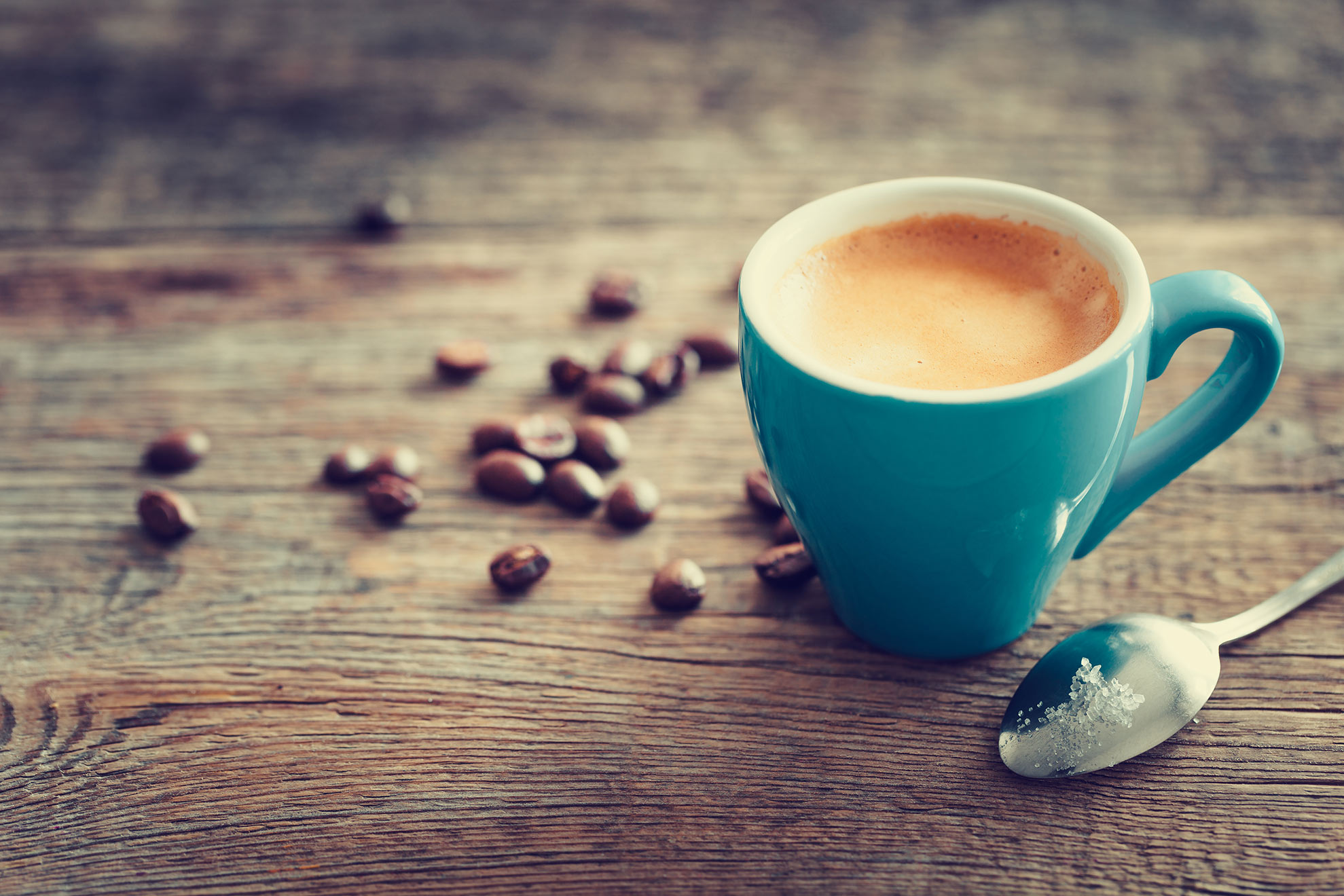 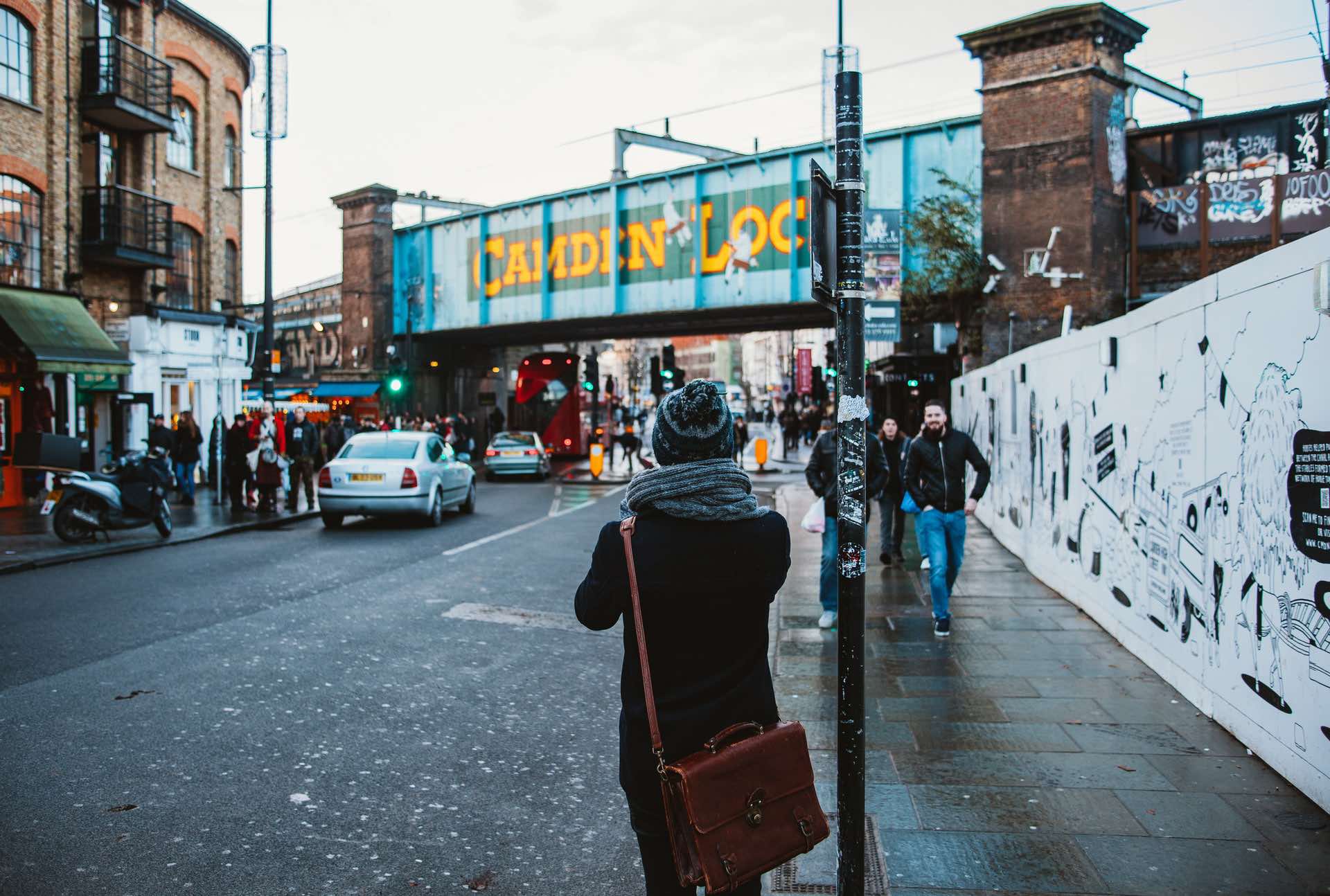 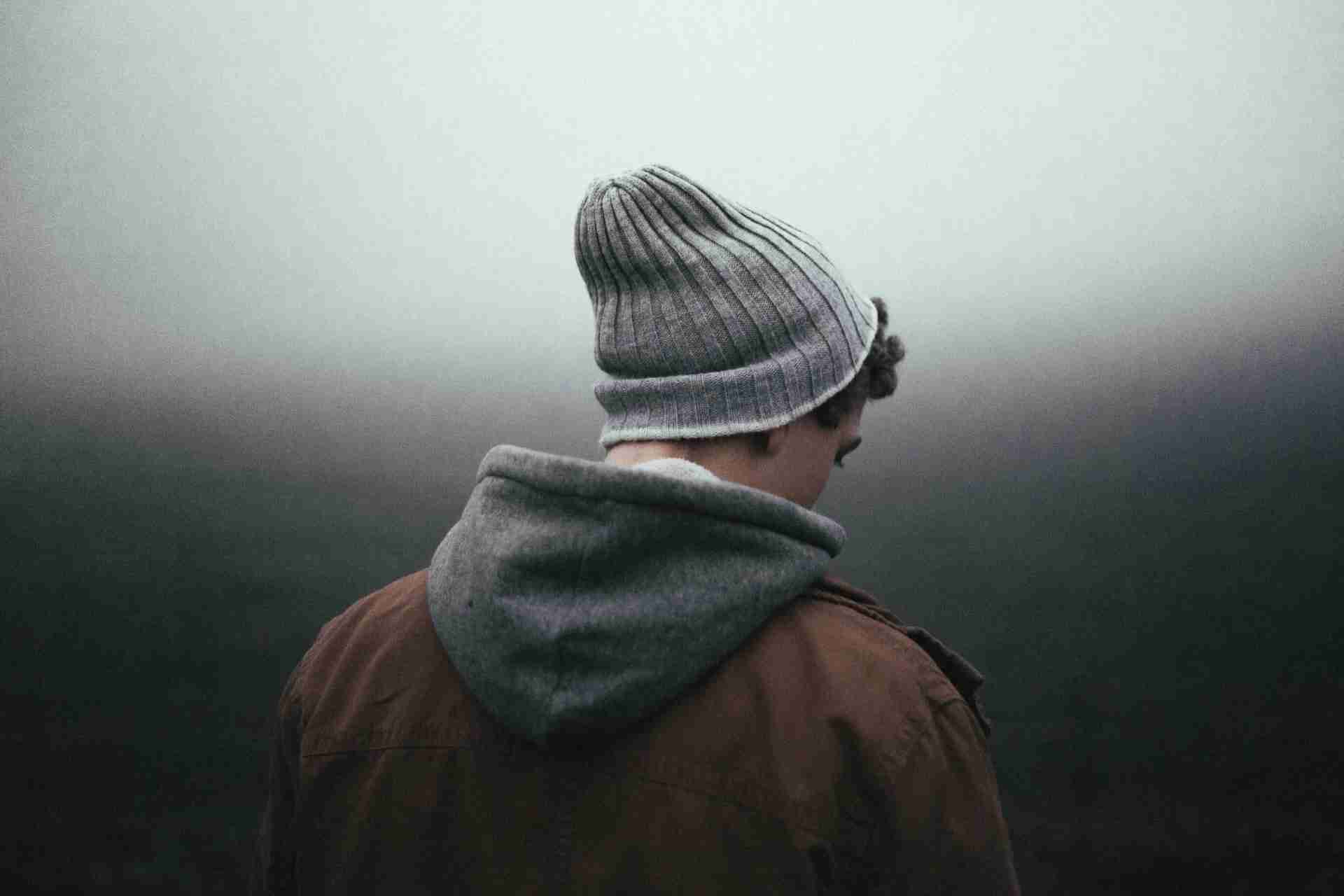 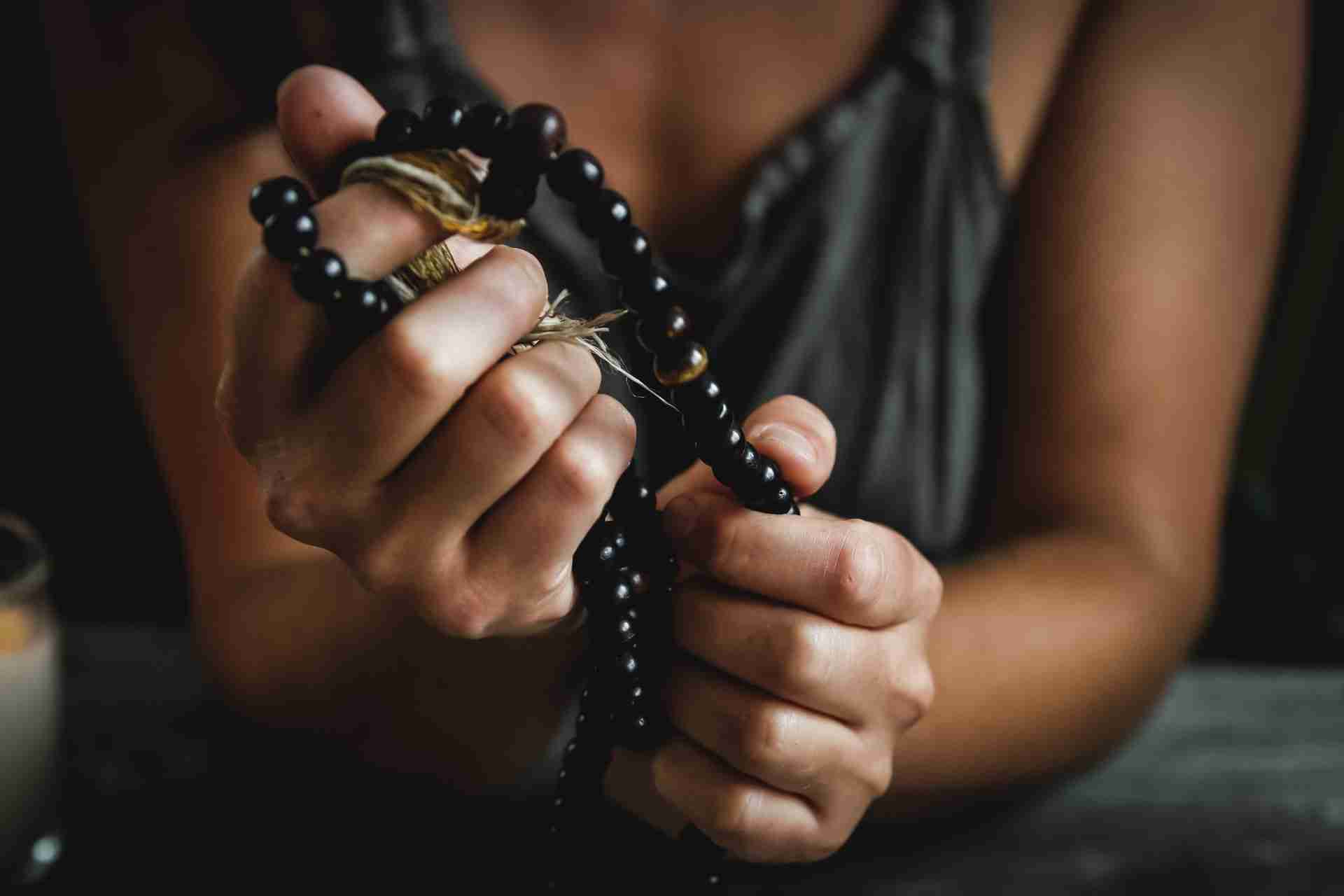 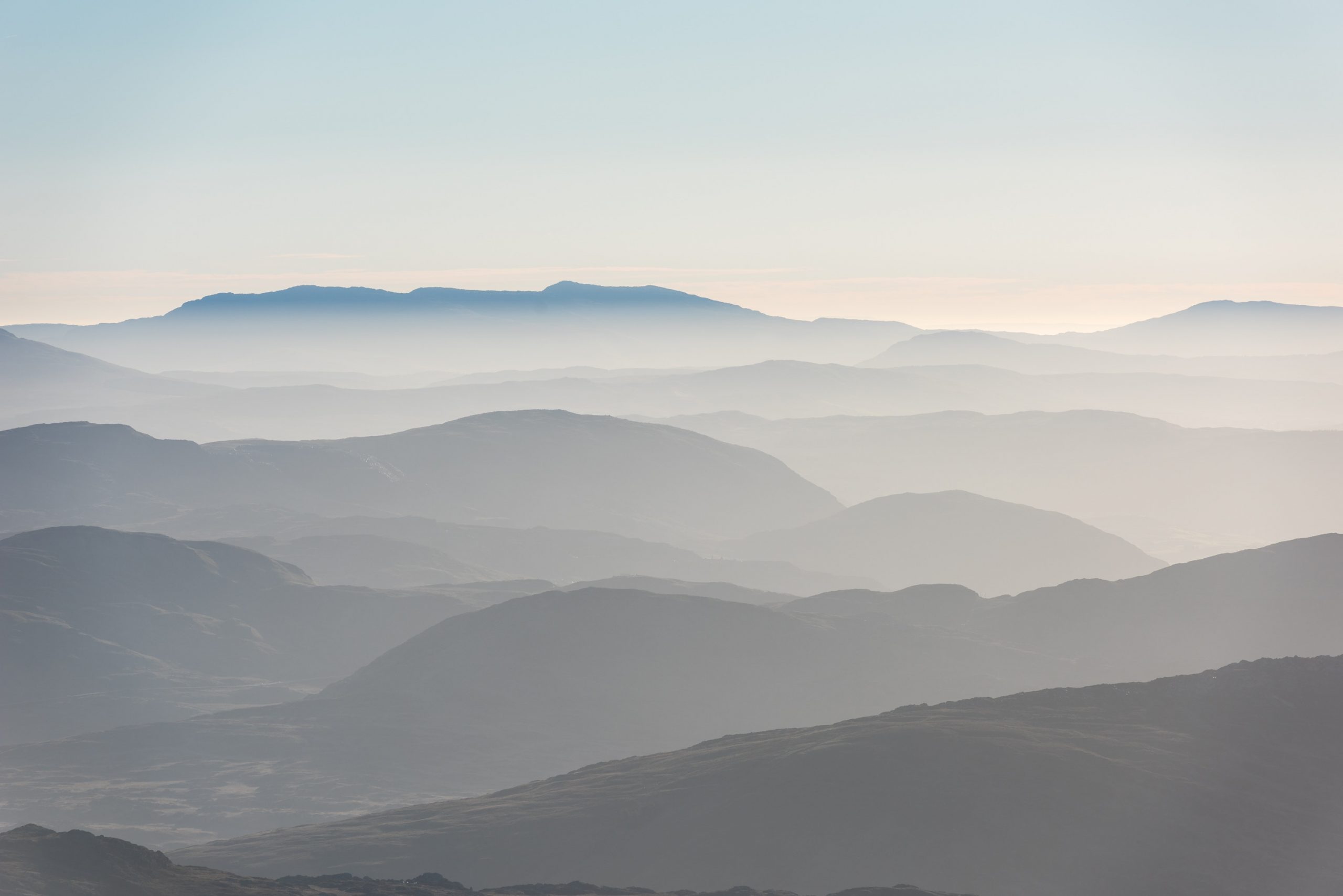 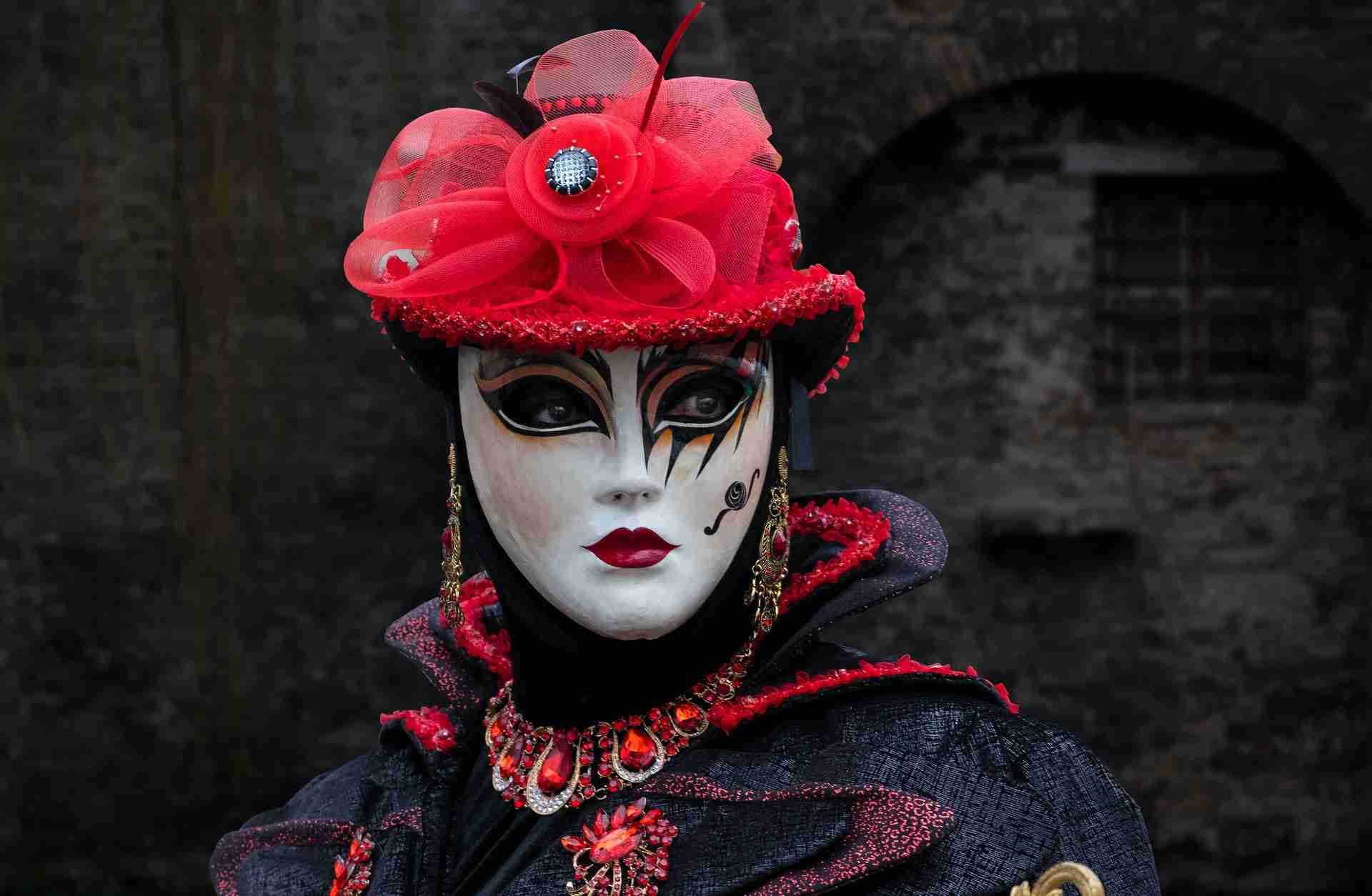